Last Thursday I was leaving work at 5pm, I walked down to my car, got in, fastened my seat belt, pulled the choke out and started the car, it revved up to about 4000 rpm, and when revved it would go higher, but did not reduce. I turned the engine off and thought about what had just happened. I popped the bonnet (hood) and started to look to see what the issue was. I decided initially that I must be a stuck butterfly in the carburettor, but this was not the case. After almost an hour, and a call to Hannah to come get me I realised that the throttle cable has a spring loaded mechanism which is used to do something I imagine, what it might do I am unaware of, it has an electrical spade terminal to which no wires are connected. So I just removed the offending spring, reassembled it all and the car is just fine again.

Sunday morning I was flying the helicopter about in the weight watchers carpark, I was flying large loops over the trees, back into the car park, then low across where was I was standing and up over the trees again. On my last pass I was flying fast down the car park and happened to fly right into a lamp post, as fast as I could. one rotor blade detached itself and landed on the other side of the road from the car park and a connecting rod came off but luckily landed close by.
I had all the parts and believe it is back in good shape again, but I have yet to fly it again since the accident.

This morning whilst eating cooked breakfast at the Blue River restaurant, we decided that we would take a trip to out to east coast, maybe south of the Thames. at 12.30 we were driving into Dover.

Tigger was so chilled the other night that he was letting us strok his belly, and lay like that for ages, until we left for bed.

I also took some panoramas of the cliffs; 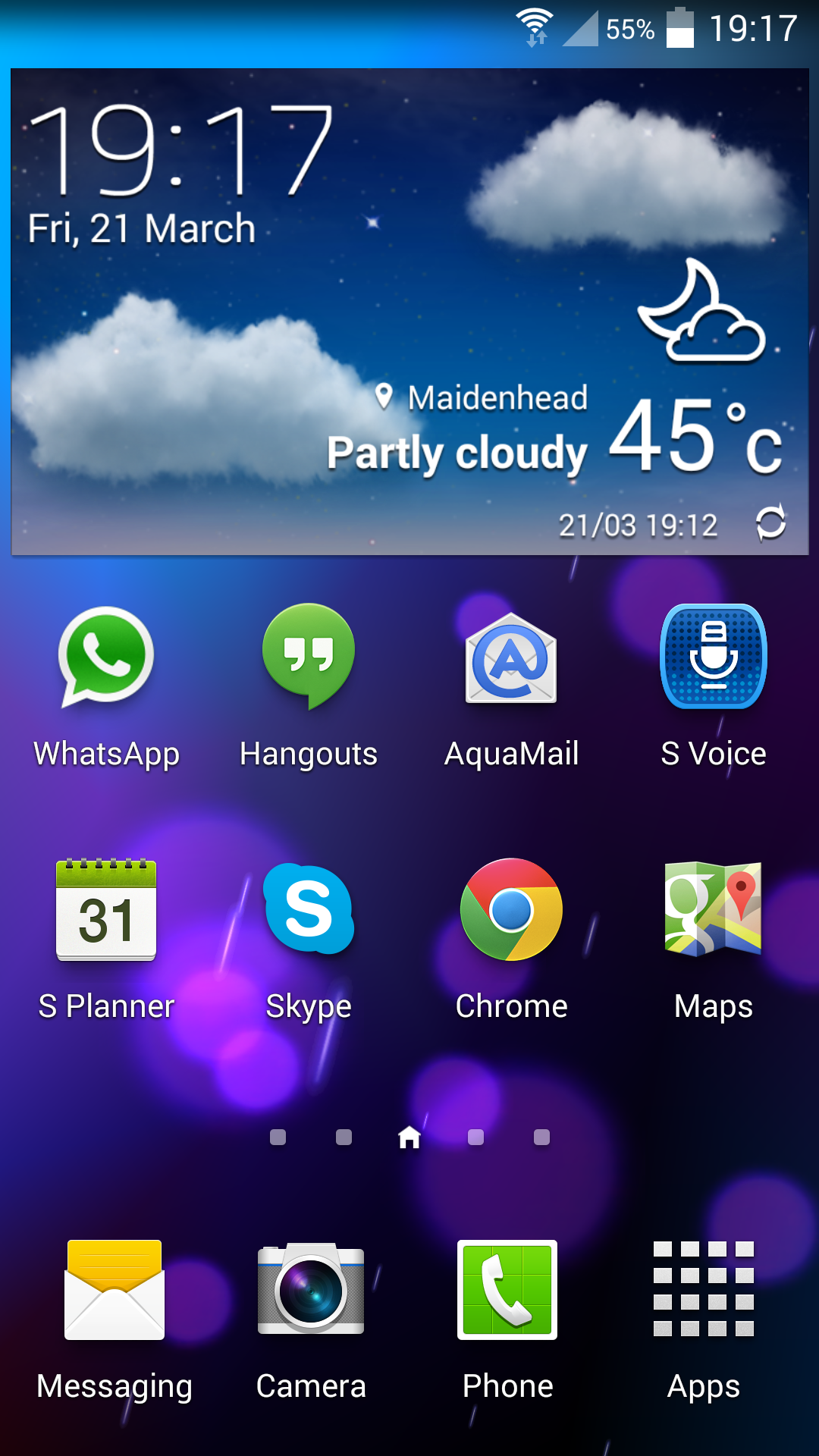 So I imagine that is showing deg fahrenheit but not updating the units.

Joel pointed out to me that I should put LEDs on the helicopter so that I can fly at night. So I had two LEDs, red and green. They constructed such that I cab plug them into a small LiPo battery for my small heli. 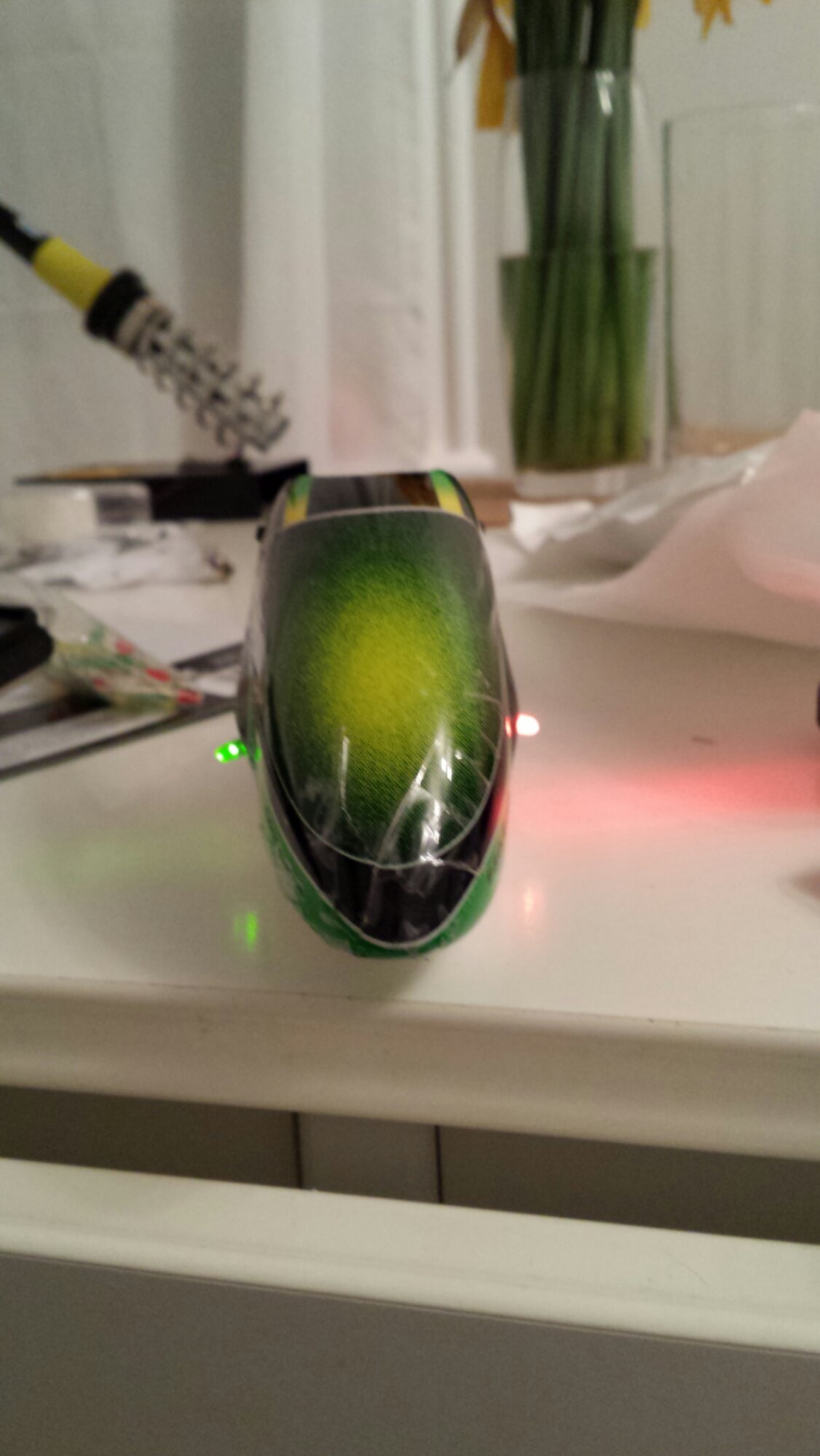 Today my new skids for the helicopter turned up. I crashed while flying at Alan’s a few weeks ago and broke one ski of. It took just a few minutes to replace the skids. But after my crash last weekend I am now awaiting the arrival of a new servo.

I bought some disc brakes for my disc conversion project.

And then this afternoon I finally built a little stand, so that Tigger’s litter tray stay in the bath room, but we could also have a drawer unit there too.

Today we went to Waddesdon Manor, which is a National Trust property. The house wasn’t open, but we walked all around the grounds.

I have been trying to add an auxiliary jack to my head unit in the Volvo. The reason being that it’s a old Amplitude Modulation type radio. As such I can’t listen to anything that I want to, only FiveLive and some foreign channels. So I borrowed an oscilloscope and was doing some testing, when the some smoke came out of the wires connecting my phone to the head unit, the wires were an old set of head phones, with the ear bud cut off and wires tinned for a good connection.
The phone repair guy remarked that he was unable to fix my phone and that he was surprised that my phone seek worked at all because  the mother board was actually charcoal in that corner! All the components were fried.