This past week hasn’t been especially exciting, we’ve been packing and avoiding the rather Cornish weather. This week is looking no better in terms of the weather. Last Sunday we went to Manitoulin Island and did the Adventure Trail part of the Cup and Saucer trail which we did last year. It was a lovely walk, the weather being cool was rather nice. We got a few pictures:

Also, I took apart Hannah’s old laptop which we aren’t bring back with us, I wanted to keep the hard drive so as not to get lose the data, or get sensitive information stolen.. So in taking it apart I also took out this, the Central Processing Unit (CPU) and took some pictures of it:

Those pins you see are indeed gold plated.

Tigger got chipped today, he’s faster, more economical.. “Oh, that’s not what getting chipped means?”. Your joking, oh well, he’s had it done now. We now own a scan-able cat. He was far from thrilled, hissed and bared his teeth when they stuck him with the needle. I’m glad they do retina recognition for humans, don’t see why Tigger couldn’t have gone that route.

Today I flew the big heli in the kitchen with the camera on it, honestly, it’ not worth your time to watch this video. It’s just the view from the heli for almost 30 seconds, the video has been made worse by youtube trying to reduce the vibration..

Can you spot Tigger? 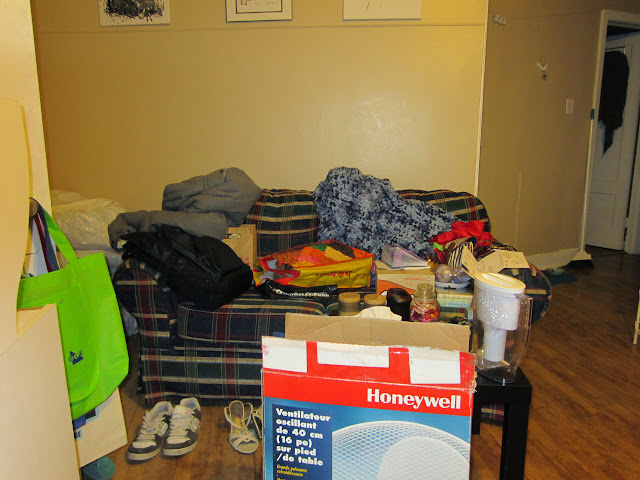 Not a great deal has been happening with us. Last weekend we were pretty social, going to friends on Friday and Saturday night then having friends over on Sunday night. Last week was scorchio, since then we have had a few thunder storms which have given way to fairer weather, a lot less humidity, which was regularly reaching the 100% mark. This week we gave up the Versa, the lease expired. Not more car for us.. poor us.. just pulling your leg, you didn’t really think for a moment that Brendan would go car-less did you?? Te he. We have a rental now, a Mazda 3. Hannah has been super organised as normal, and is getting things organised for the big move. I think Tigger is convinced that we’ve gone crazy, he’s having to inspect all these new boxes and things which are coming out of hiding or simply moving location.

I have been trying to get some better settings into my remote for the big helicopter, I flew it very successfully in the living room the other night. I was going to work the title into the body of this post, but only now have I realised that I didn’t, I was going to make some kind of reference to the empty flat, but instead I shall point you to the recent news that a sinkhole opened up in Sudbury the other day. News on CBC.

This weekend we did Dragon boating on Saturday, it was fun, needless to say we didn’t win. Golder put in a team every year, Hannah and I rowed on the team.  It was a lovely sunny day, great fun, though other than rowing in the three races, we walked about Bell Park and sat about in the shade!! My heart sunk when I returned to the car to find a piece of paper under the windscreen wiper, this is what it was:

Initially I wasn’t sure whether to pay it or not! But it later occurred to me that I did’t want the credit for inspiring someone to become a traffic warden/officer.

On Sunday we headed for Killarney, arriving at about 1pm, we stopped briefly in the car park to unpack the bits we wanted on the beach, put on sun screen etc, as Hannah was doing my back, a small bear cub walked between the two rows of cars, right up to our car, stopped looked at us, then did a loop of the car in front of us, then the car next to that. He continued his tour of the car park and exited the far end, headed into the camp site. We reported out siting to the park authorities.

The last image is an “auto awesome” (the name of the Google feature that creates it) gif file, automatically created by Picasa, though it’s not that awesome because the first two images aren’t part of the sequence.

This is a random video of the road as we drive back up the 69 to Sudbury:

Thought I’d take a few pictures this afternoon, as I felt these following topics were important for you to know. Such as the fact that I had repaired both my helicopters, the large one had the broken blade grip (as per the entry) and the small one had a broken skid leg, so I repaired it with some plastic and superglue. Also the Genius now have a chipped tail rotor, so I shall be ordering another one, two, maybe three or four as I seem to get through them pretty quick.

I also made a box for carrying and transporting them without the worry of damage, being an eco friendly type, I made it from the original packaging! The box was/is constructed from corrugated cardboard, I was able to fold it accurately by flattening the corrugations using the a ruler and the back edge of a pair of scissors.

Today I noticed that the AC unit is condensing a lot of water from the very humid air outside..

You might be able to make out a puddle of water on the window ledge outside and a drip right in the middle of the second picture, its dripping about once a second.

I struggled to create this entry as you can see from the above pictures, the first picture was the reason for including Tigger in this entry, but when he came and settled on me, well, I couldn’t resist.

We really enjoyed our visit home,  much fun was had, wonderful to see everyone. We made it back, a pretty uneventful journey really, though many of the people on the plane did clap and cheer when plane landed, not sure why as it wasn’t particularly windy and it seemed like a pretty fair landing. We’ve not been up to very much since we got back, I installed the AC unit. We picked up Tigger and got him settled back into life at the flat. Hannah got a great video of him last week:

You might have noticed that there was not a keyboard on the desk? Well that’s because Tigger has pushed it right under the upper desk shelf.. and that is why Hannah and I sometimes fail to do much typing on the computer, it’s all Tigger’s fault!

The Weather here is warm and humid, today Google says it’s been 30°C and 66% humidity, which is going to rise as the temperature falls over night to a low of 12°C and 85% humidity. Although other night it was about 15°C and 100% humidity.