Got a couple of fun pictures of Tigger with Hannah. Also the snow was settling on top of the wires outside! Never seen that happen before.

My new helicopter, that Hannah gave me for Christmas, is a Walkera (Cheap Chinese version of a better one made by another company I believe) Genius FP (Fixed pitch) 4ch, which gets some good reviews on forums. It’s only a small helicopter (32grams – my big helicopter is 230grams)), mainly for indoor use, but capable enough to use outside, which I expect that I will do when I get better at flying it. Also Hannah gave me a tiny helicopter (13grams but very compact). I have photographed the helicopters beside a loonie, (The Canadian dollar is approximately 26.5mm or 1-3/64″ ish).

Also, I have found a couple of time recently that I have needed a knife for some reason, always when I am not at home.. So today was the final straw. We stopped in at Ramacos on our way to Killarney and picked up a small knife which I can keep on my keys, just incase…

We’ve had a wonder-filled Christmas and a few really great days since. We’re very lucky to have some wonderful friends and relatives who bestowed upon us some lovely gifts. We hope that everybody enjoyed our gifts as much we did theirs.

We’ve been out enjoying the winter weather here over the past few days. Been snow shoeing twice at Laurentian and then today we went to Killarney, where we took the yacht last year in the summer, only this time I able to walk on water; though obviously not in it’s liquid state. We snow shoe’d around the area, only meet a couple of skiers on our trip, it was so tranquil. The sun set through the thin cloud cover giving a lovely orange/red glow over the trees.

We drove on down to Killarney to see what the dock looks like frozen, as you’d expect it is frozen solid, very peaceful and quite this time of year, no queue for fish and chips.. We parked in front of a D8R Cat track-type tractor this particular model is actually part of their discontinued range, it has a 14.6Litre engine developing 228kW (at the flywheel), weighing in at thirty five and a half tonnes it’s approximately 8th largest out of 11 sizes they make. Quite a bit of kit for pushing snow around! As i was busy comparing our car to the bulldozer Hannah spotted a fox crossing the docks on the ice at a fairly leisurely pace he pottered  over the ice under the ‘floating’ (Not sure they float if they’re stuck in the ice) docks and away. We headed for home, first off, Hannah spotted a large deer at the side of the road, another three quarters of an hour on she spotted a large moose at the side of the road, then not much further on, but also at the 69 highway collector we came across three moose, two small ones and what we assume to be the mum in the road! The mum and one small one made a sedentary bee line for the cover of the trees, while the other small one just meandered off down the road in front of us. Then finally made his way over the snow bank at the edge of the road and away into the dark after the others.

So, about the blues, the only blues we have here are Hannah’s bobble hat, her blue and white stripey top, her blue balaclava, snow pants.. and so forth.

I found the jokes a little predictable, but that could have been the subtitles.

I re-potted the four Aloe Vera plants that we’re occupying my old plant pot. The big one now resides in it’s own pot and the three smalluns are going to battle between them selves for the right to a pot their own! I hope they grow well, I have high hopes for the largest of the small ones. Also we got Tigger some more grass, it has grow a lot in only 5 or 6 days.

I revived a snow blower from a great friend (anyone that gives me a snow blower must be the best friend one can have?) I tested it out this morning on the small amount of snow that we got last night. See the video.

Also, I have been playing with Tigger a lot, he reasonably rough, i.e. he uses claws and teeth, but is gentle in terms of how much damage he might be able to inflict if he tried. He also took a shine  the wrapping paper as Hannah was trying to wrap presents, he has also adopted a “nice” bag as somewhere to nap and play.

I noticed the helicopter had a slight vibration at low rpm’s, so some further inspection was required, I noticed this:

Yes you’re right! A bent fly bar is to blame. It is only made from plastic, and of cause plastic being plastic, I was able to bend it back, good to go again!

Hannah made some mince pies, which we ate with ice cream. Also a hot chocolate in one of our new mugs with her snowman marshmallow and candy cane.

It is getting colder outside, the snow has stopped and I believe the temperatures are supposed to drop now, I hope that means they can get the ice rinks open soon.
Hannah and I went and did some of our Christmas shopping this morning, things like cheese and cold meats and a few other bits. Hannah has to work today, so I too am at work doing a few hours extra. We stopped in (I am not sure what I was going to put here….)… This post just trails off into nothing..

Couple of things to update you on:

This one is less sad but more permanent then the Aloe Vera plant.

So I got very close to the wall, then the blinds came into contact with the rotors. The rotor won this one.

Both Hannah and I went and got our hair cut today, Hannah’s was a little more extreme than mine. 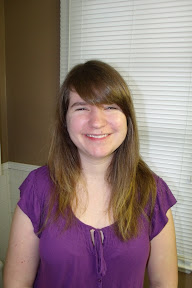 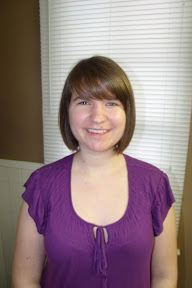 Needs no explanation. But she does look most lovely don’t you think?

I have fixed my helicopter, after I told them about how the drive cog was on upside down, they sent me another, which I got yesterday. It is exactly the same as the other one, so still not right. So I had some cardboard and packed the motor off the mount so that it works, and sure enough it’s fixed. I now have two good motors both of which will function with packing.

We went for coffee and breakfast in the snow on Saturday morning at our local Country Style, we walked there in the snow! It was a lovely start to our weekend. Later on we went into town for the sleigh rides, we got there in time to see the horses and 6 wheeler cart go off around the corner of Larch and Durham streets, so we walked along to where the rides where going from, we spoke to a guy involved in running it who said it’d be 10 miniutes before it was back again. We went into a candy store called Boo Bah Lou 2, we did buy some candy there, they had in stock many British candy’s that’s we’ve not seen in many other places. We returned in time for our ride which was good fun, it took us out and around the arena and back again (lucky that!). Later on we went to the arena again for the hockey. The Wolves started well, scoring their first goal after only about 3 minutes and again soon after, they eventually made 4 goals, but not before the other team had also gained 4 goals. They finished the game in this state and went into extra time, then into penalties, after the 9th they finally lost. During the game some children (about 6 or so) were trying to learn to catch popcorn in their mouths.. throwing it up and failing again and again to catch it, probably the youngest was stood out in the isle throwing up fist fulls of popcorn and trying to catch it. We also made paper chains in the morning, we have one made so far, I expect more will go up before Christmas.

Tigger was very good at the vets, but he didn’t make any friends with the other animals there. A puppy came in, all excited, Tigger looked pretty unfriendly, ear flat on his head, eyes only slits and hissing like a pressure cooker about to explode. But with the vet he was very chilled, let him prod and poke him, check in his mouth etc.

Helicopter news, I get my new motor, fitted it, only to discover that the gear didn’t mesh the same, upon closer inspection I found that the gear on the motor was pressed on the other way around to the one on the old motor, I let Litehwak know, they’re sending out a new motor to me.